Skip to content
Home > Fashion > Clothing > Why are Zippers Important? 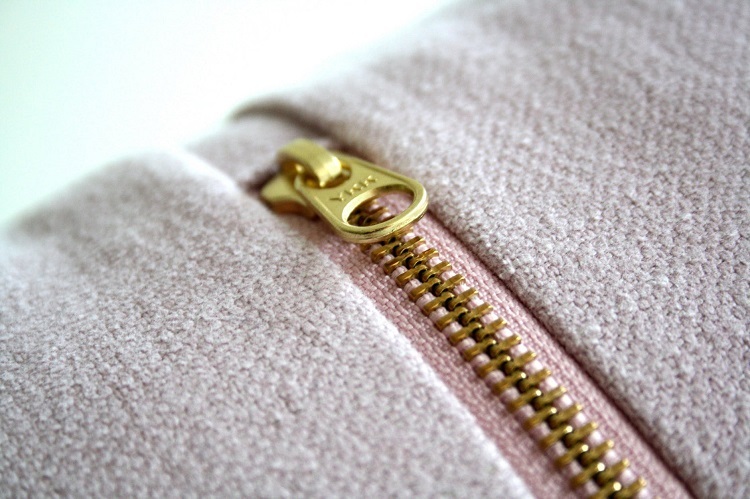 Zippers can be functional and decorative. The modern zippers are indeed not only convenient for fastening your clothing as they also can be made as waterproof and windproof, making life easier, especially for people with disabilities.

Zippers today are now available in different kinds ranging from the delicate plastic zippers meant for the underclothes up to the heavier duty metal zippers. Thanks to zippers, it is possible for you to wear your warmer clothing faster, something that is crucial for those who work under extreme weather conditions. These fasteners are also essential for those who have some disabilities since it can be very frustrating to use buttons if you got some problems with your arms or hands.

Zippers offer secure fastening and easy opening to clothing, luggage as well as plastic bags. But, even though zippers can now be found in most of today’s everyday items, people didn’t really take immediate interest to it when it was made for the very first time.

The sewing machine’s inventor, Elias Howe, had the first ever zipper patented in 1851. He referred to it as an “automatic, continuous clothing closure.” However, Howe didn’t bother to market his invented. The clasp locker by Whitcomb Judson was patented in 1893.

After it was introduced during the World’s Fair held in Chicago, Illinois and following his product’s successful marketing through his very own Universal Fastener Company, Judson became renowned as the inventor of the zipper.

The B. F. Goodrich Company used the fastener of Sundback on the rubber boots they make and named the device a “zipper.” This name yet it was not until several years later that the zipper rose to popularity. During the first two decades of its existence, the zipper was only used for closing tobacco pouches and boots.

The rest of the uses were a bit impractical because the zipper rusted, was expensive, and it often broke open. However, when designers started to use zippers in clothing for kids during the 1930s, it didn’t take long for the zippers to be used replacements for buttons in the flies of trousers for men. Zippers soon became the fastener of choice for jackets, trousers, and all kinds of other items. When the new millennium started, zippers became available in thousands of various styles and hundreds of color varieties.

Before the usefulness of zippers was recognized, these were considered as a novelty. There was a clergy during the 1920s who thought the ability of being able to remove your clothes faster would result to promiscuity.

Today, you don’t need to buy a whole zipper tape because you can just buy zippers as much as you need. Click here to purchase zippers by the yard.

Juan Glass
I'm a writer and blogger at luvlybeauty.com. I write articles about Fashion Industry, and you can find useful information there.

Spoil yourself a healthy life with true comfort of organic underwear

Be Fabulous This Spring Season

Wanna Look Like Your Favorite Movie Star? Here’s How To

Juan GlassJuly 5, 2022 July 6, 2022 0
Beard dandruff can be embarrassing and irritating for men when it comes to grooming and proper care. Your skin's yeast growth can cause flakes and irritation called beard dandruff. This is ...

Juan GlassJune 29, 2022 June 30, 2022 0
Are you bored of having straight hair? All you need is an excellent hair perming treatment to get thick, luscious locks of curls and waves that dangle around your shoulders. Hair perming has

Benefits Of Cleaning And Maintaining Shoes